PMR 446 radio. What’s it for? Apart from school kids, teachers, local shops and offices, crane drivers and building site workers, 446 is for anyone who wants to chat locally. It’s licence free, but there are restrictions such as a maximum of 0.5 Watts ERP. Also, a modified aerial or radio is prohibited.

The radios have a CTCSS, continuous tone controlled squelch system, 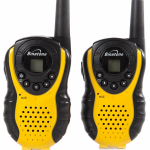 facility which will block out all signals other than the ones you want to listen to. For example, a school with 10 radios might use a tone of 88.5kHz. This means that the radios will only hear other radios that are transmitting that tone. Anyone else who might be transmitting on the same channel will not be heard by the school’s radios. Although the school radios block out other transmissions, others on the same channel will be able to hear the school radios.

There’s a small group of us who use channel 8 for local chats. If you hear us, please shout out. You’ll be very welcome. Update May 21: channel 8 is now very popular with a growing local presence.

PMR446 can be quite interesting to listen to. There are 16 channels and there’s usually something going on somewhere. I heard a chap the other day asking for more A4 paper to be brought up to the office. A woman replied, ‘get it your bloody self!’.

This channel appears to be for chats or nets. FM is used and the channel can be quite interesting at times. It’s normally fairly quiet so it’s great for chatting.

Pictured below is the Baojie BJ-218 VHF UHF radio which many people use for PMR446. Capable of 25 Watts, it’s totally illegal so don’t even think about using it to transmit! Having said that, it’s great for 2 metres and 70cms. 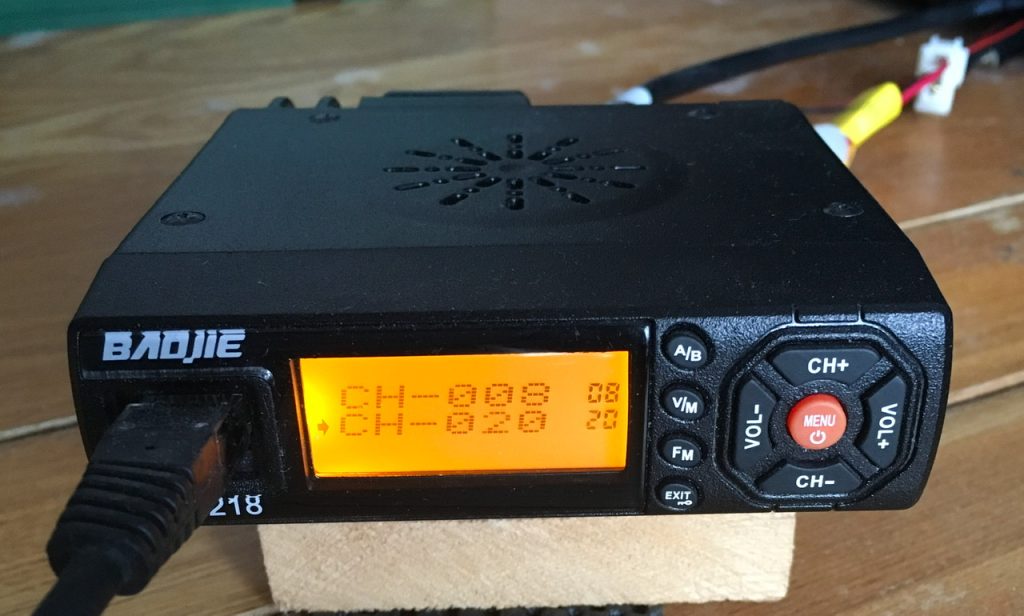 Below is a 6 element beam for 446mHz made by a friend of mine. This is for receiving only as, obviously, it’s illegal to use such as aerial for transmitting. Channel 8 seems to be known as the DX frequency and, when conditions are good, French stations come booming in! I’ve heard ships at sea chatting on the 446 channels. In fact, anyone and everyone seems to be on the air using a variety of radios.

My XYL installing the aerial in the loft. Job done, pointing west, and working really well! Doesn’t she look happy! 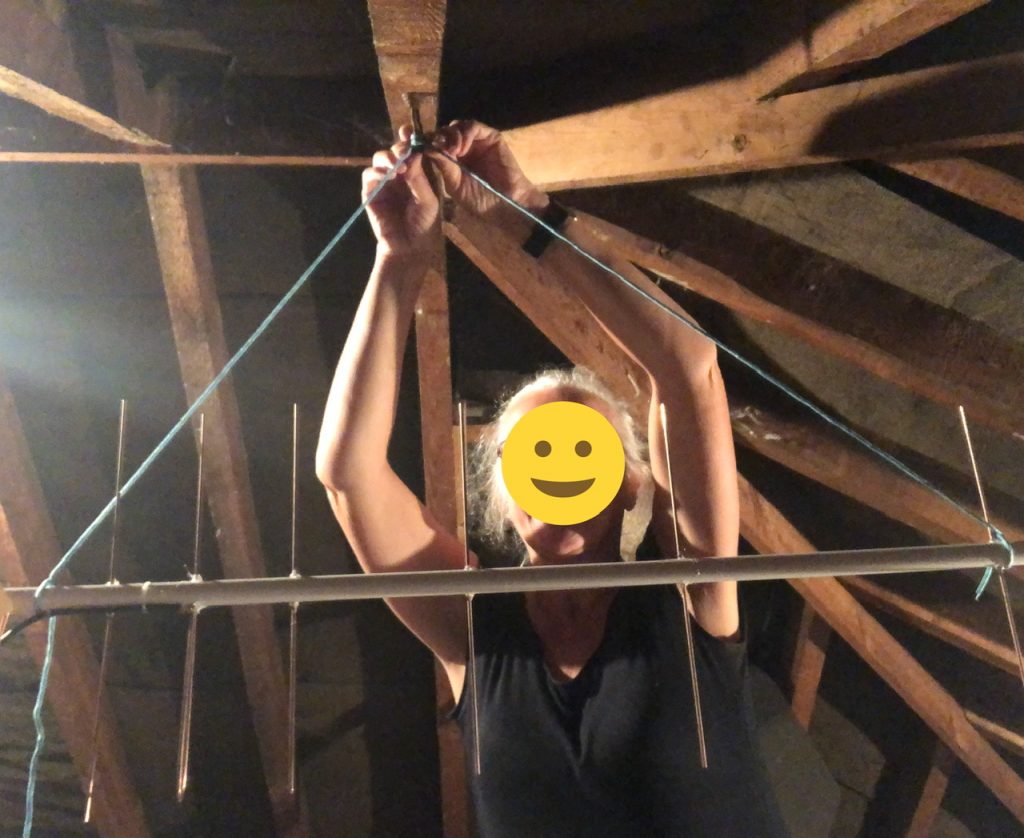 Below is my new Sirio CX-440 PMR Antenna. The aerial covers 440 to 455MHz and doesn’t need setting up. It’s only about 20 feet high but it works extremely well. I’ve used RG214 coax to cut losses to a minimum. You can see the size of the 214 coax in the lower photo. The clamp type PL259 plug was advertised as suitable for 214 coax but it’s too small. I had to bodge it! It’s well worth investing in decent coax, I’m now hearing a lot more with this new set up. The gutter looks filthy… I haven’t got time to clean it. 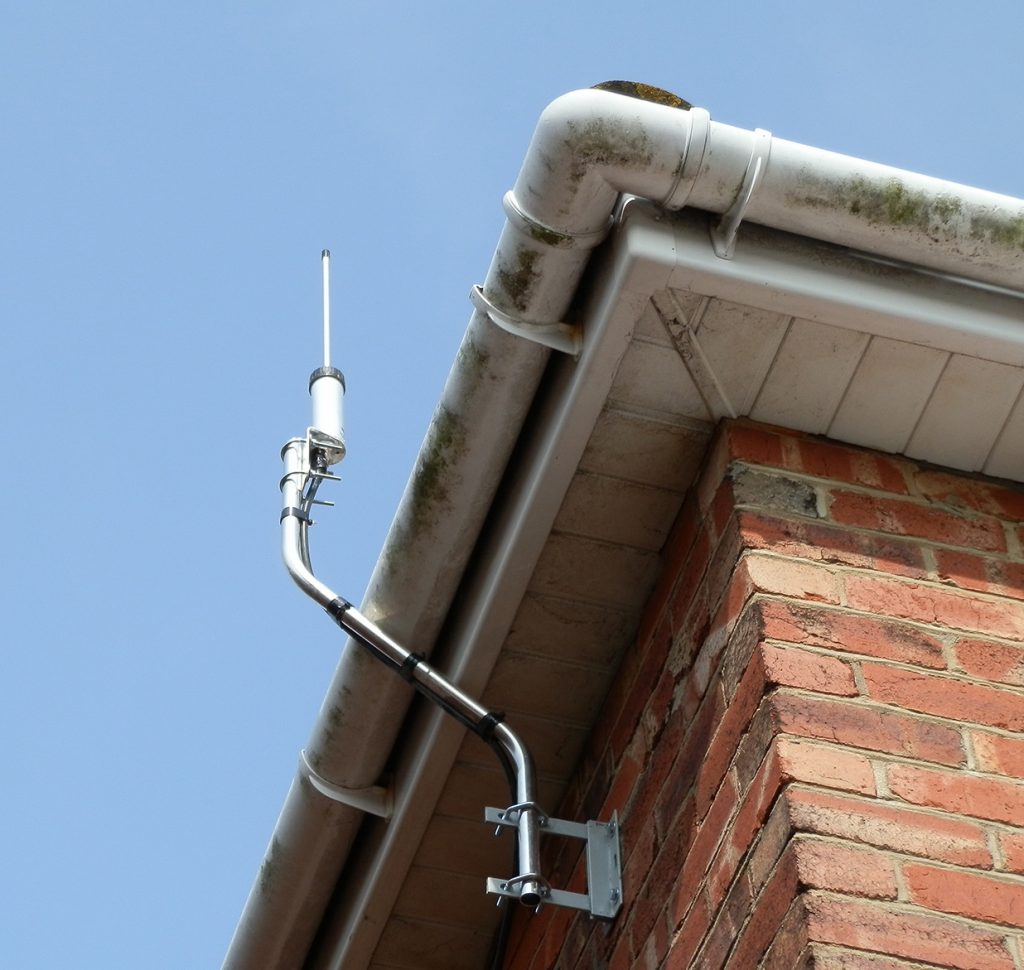 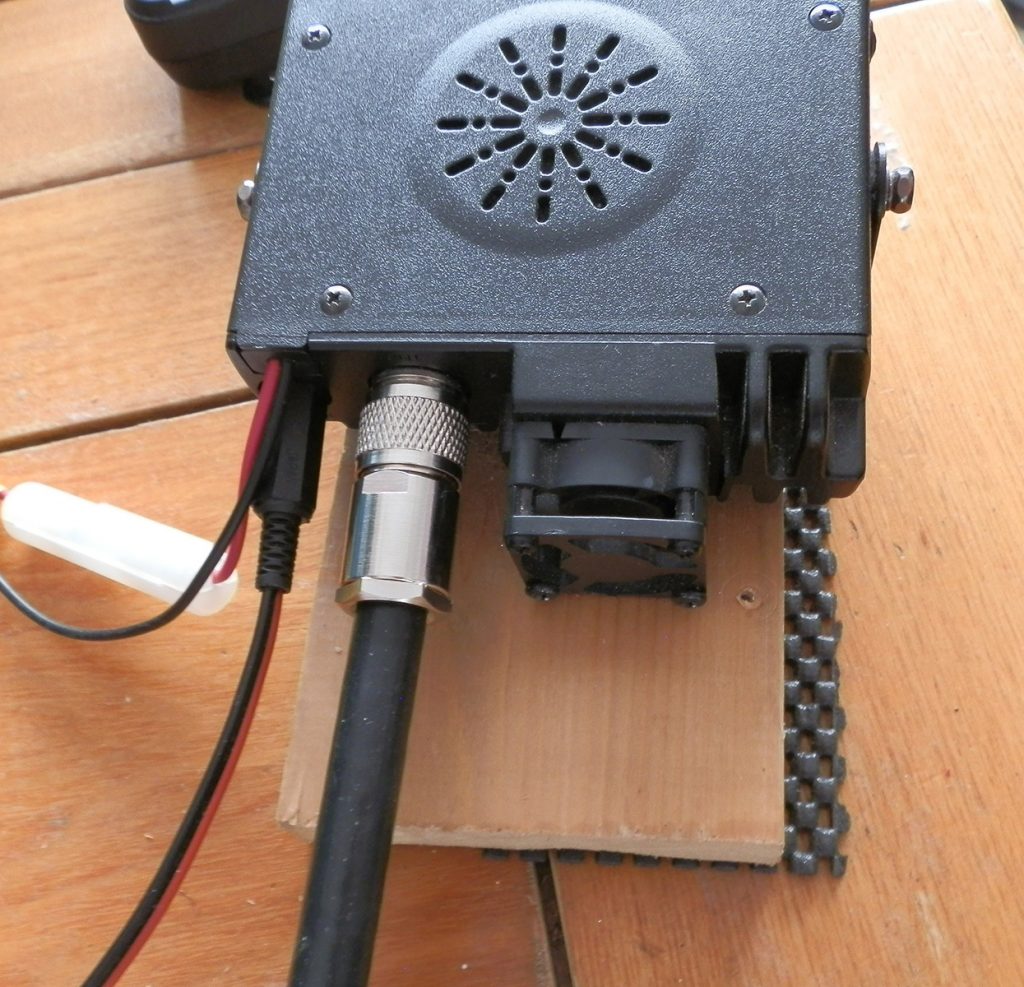 I’ve now purchased another Anytone AT-778UV which is solely for PMR446. See photo below. I use one of these rigs on 2m and 70cms but I wanted a separate radio for PMR 446. You might think me extravagant but I like separate rigs, not all-in-one radios. 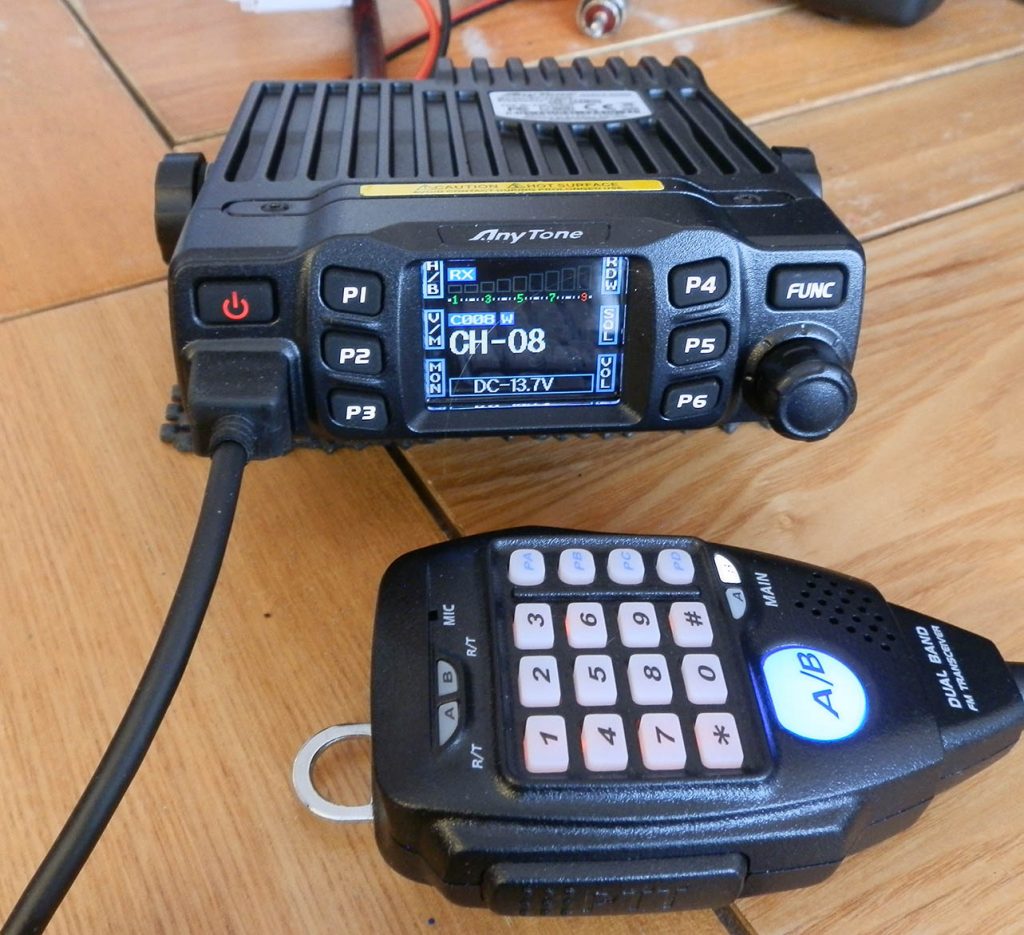 These handhelds are amazingly cheap and amazingly good. They cover 2 metres, 70cms, the marine band… and PMR446. 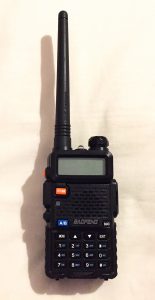