Welcome to 6 metres, the magic band.

I’ve listed the FM frequencies from the RSGB band plan below.

I’ve just found this information on the RSGB web site… “Most Europe-wide CW and SSB activity will be conducted between 50.130 – 50.300MHz although you should be aware that some countries (such as France) do not have the same band allocations as in the UK.”

The V2000 aerial is now on the 20 foot pole at the end of the garden. The SWR is 1.05:1 which is unbelievable. I’ve already had a couple of local contacts with good signal reports both ways. The long radial for 6 metres is pointing east to protect it from the westerly winds. Look at that clear blue sky! Sunny but cold. There’s another photo below, with a cloud. 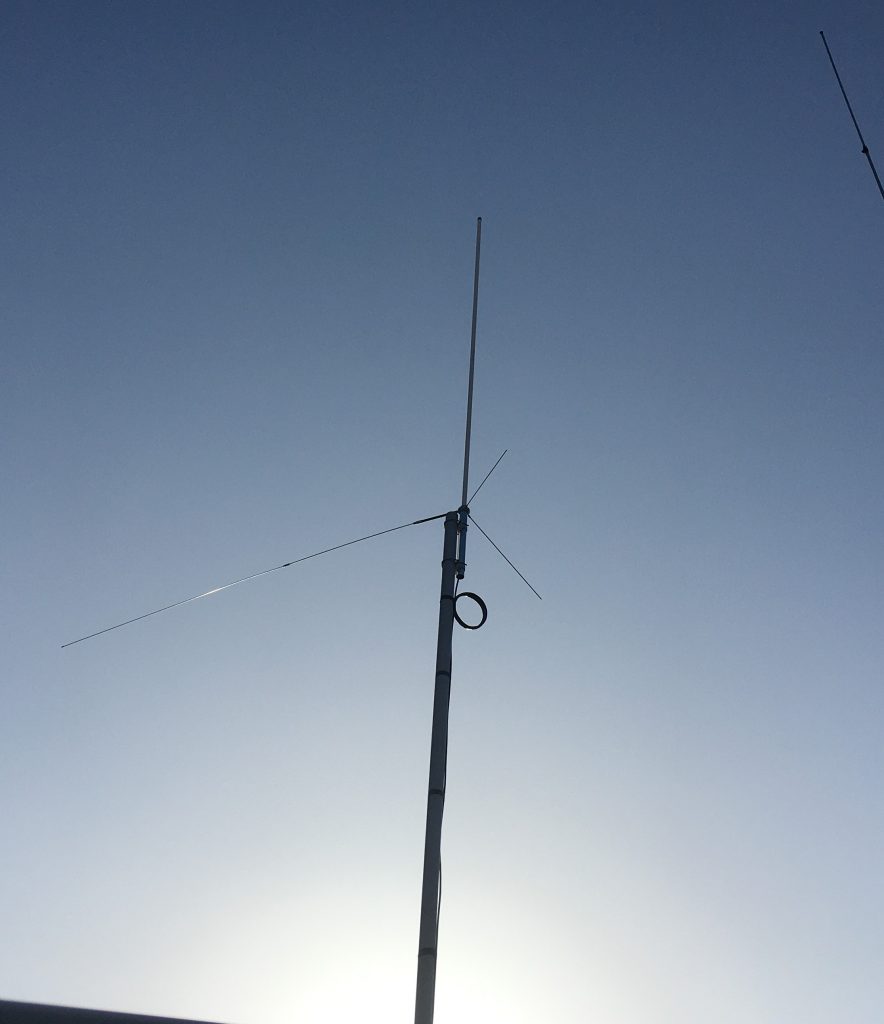 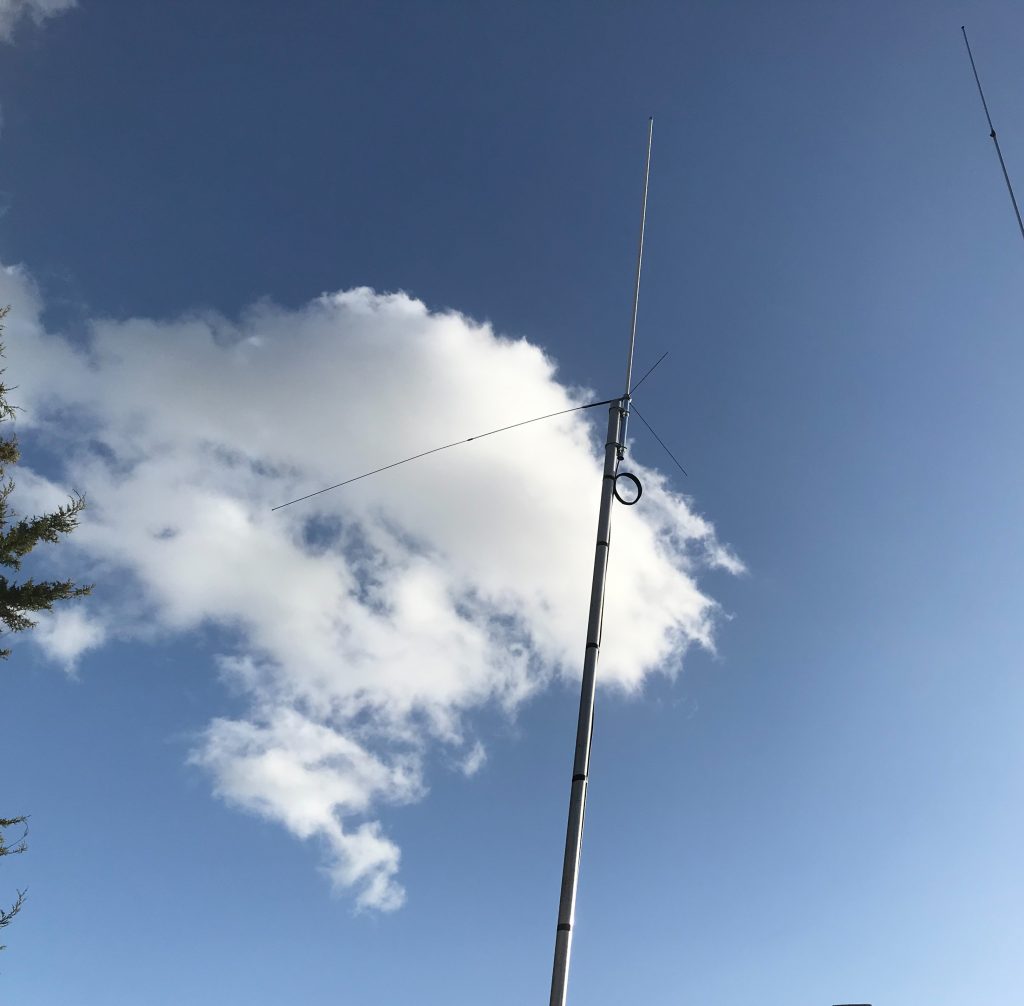 Here are the published specifications for the aerial…

There haven’t been any openings as yet on 6 metres but it’s still early days. We’re keeping the band alive locally with impromptu chats on 51.51MHz.

An opening today! Heard a couple of beacons in Portugal, both about RST 339. At 1400UTC.

Using my new Icom IC-7300, I’ve just worked Sergio, IW7DHC, on 6metres SSB. My report 5 and 7. I was receiving him at 5 and 5. I was running 50 Watts into the vertical tri-band antenna at 20 feet AGL. Sporadic E propagation producing some fairly good results at the moment. Hopefully, sporadic E propagation will continue over the next few days.

I love tuning around the 6 metre band hunting for beacons. Suddenly, propagation changes and the beacons can be heard. Or, monitor a known beacon frequency and wait for the band to open.