Below, the receiver, microphone and candle stick body. 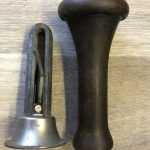 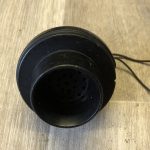 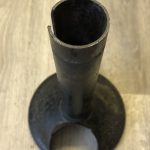 Below, the receiver hook assembly, contacts and the cast iron base. 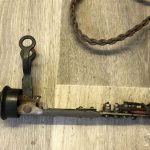 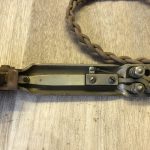 Below, what’s left of the rusty bell box and the candle stick body treated with Nitromors. On the right is the receiver, restored, cleaned and polished, with its new twisted cable ready to go. 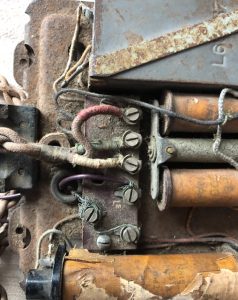 Good news! A friend is giving me a mahogany bell box. Not only is he donating the box, but he’s delivering it! Thanks, John. Photos to come once the bell box has arrived. Below is the restored telephone in our 1940s corner in the hall. 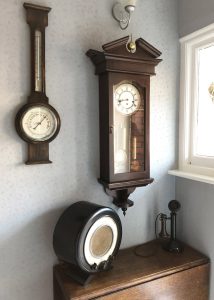 And here is the mahogany bell box. I’ll clean it up and restore the wood to its original shine before mounting it on the wall above the candle stick telephone. 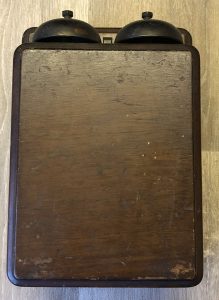 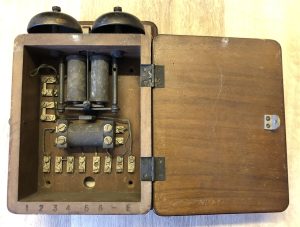 Finally, here is the telephone with the bell box on the wall. The phone isn’t connected to a line. However, I have installed a battery in the bell box so the bell tinkles when the receiver is lifted. 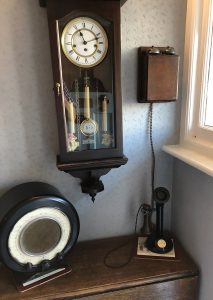 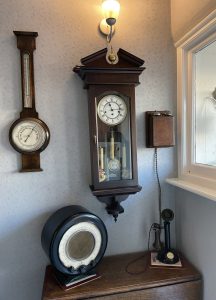