Back in early 2020, I had my first CW contact in almost 40 years! I’m enjoying the key once again and brushing up on my speed. I’m now listening, and sometimes calling CQ, on 28.058MHz when the band is open. This is the FISTS novice frequency for slow Morse, (QRS) contacts. You don’t have to be a FISTS member to join in.

Why the 10 metre amateur band? Because it’s normally free from interference, it’s a wide band with plenty of room, and it’s great for local as well as DX contacts. 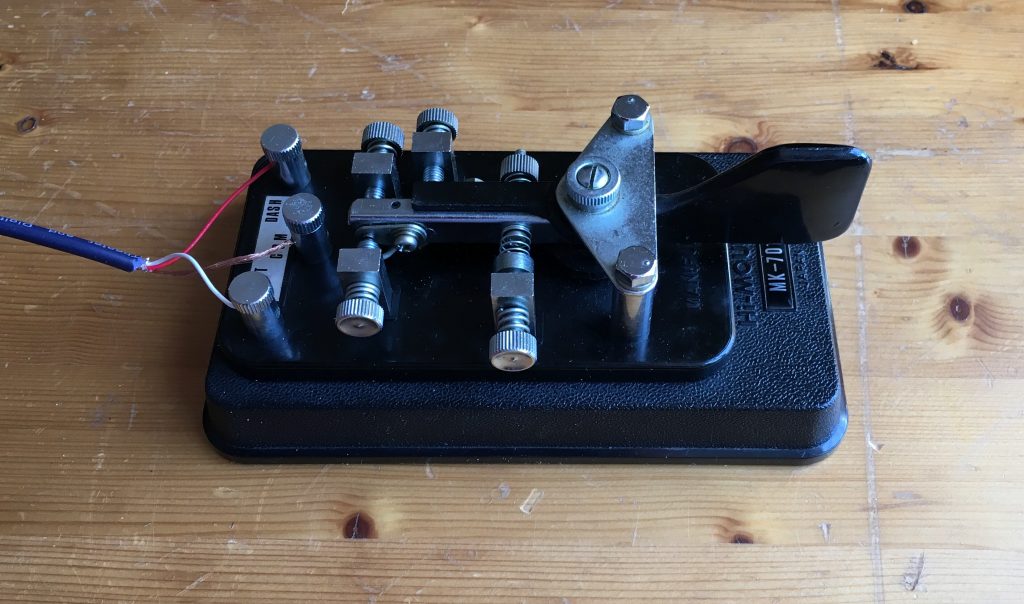 I bought this key (above) from a friend of mine, thanks Barry. It’s a Hi-Mound Manipulator MK-701 with single a paddle. I used to have a proper Iambic key with two paddles but, regrettably, I no longer have it. Perhaps I’ll get one, if I’m lucky.

I’ve just bought a dual paddle Iambic key! It’s a Hi-Mound MK-703, used but in great condition. I began using a twin paddle key in the early 1980s, exactly like the one shown here, and I really have missed it. To be honest, I didn’t use it in true Iambic mode. For the straight key brigade shaking their heads negatively, I also use my straight keys. 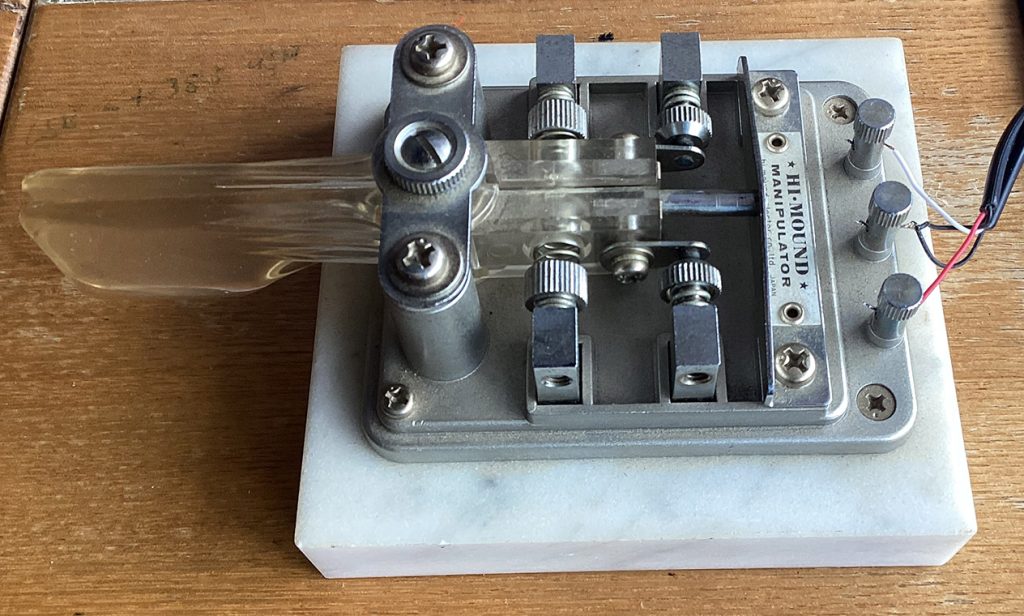 Below is my Iambic keyer for the above key, assembled and waiting to be mounted in a box. The radios I use have built-in electronic keyers but I prefer an outboard one because I then have a speed control knob  I can’t go into settings to change speed when I’m in a QSO. 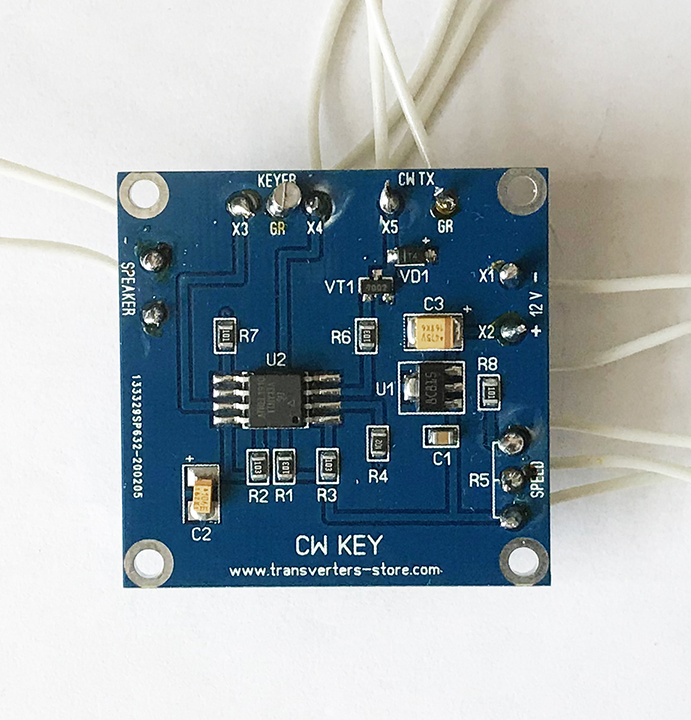 And this one (below) is a Czech army issue straight key from the early 1950s. 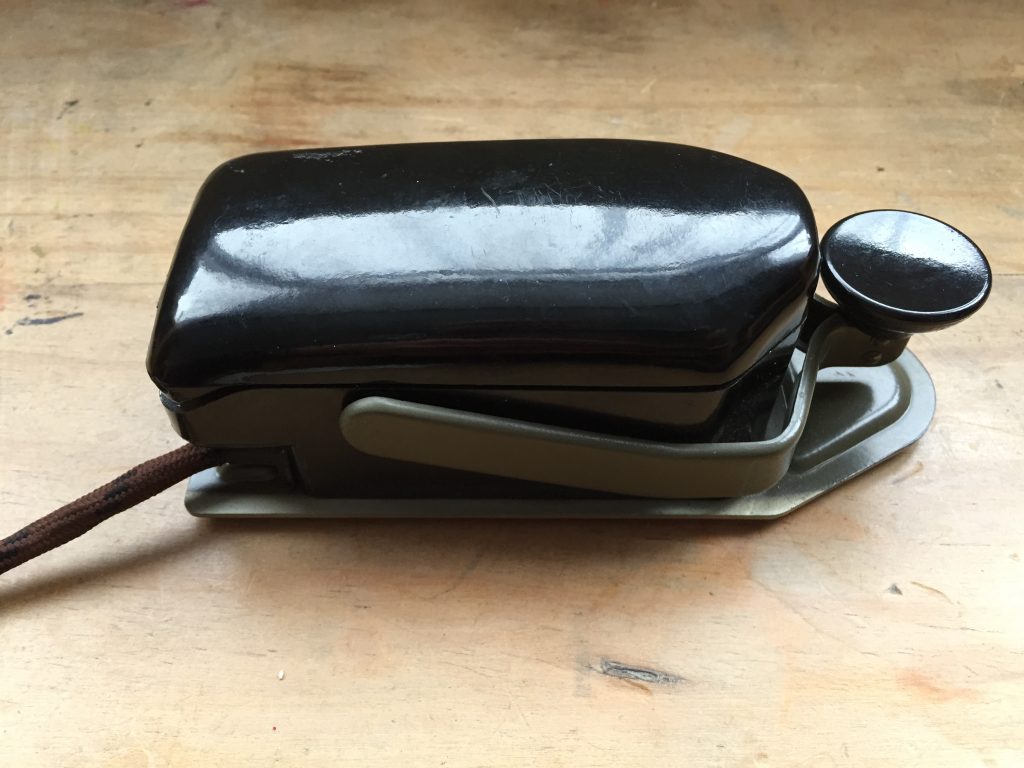 I’ve just acquired this lovely WT 8 AMP MkII Morse key, shown below. Thanks Tony! Although this is a very basic key, it’s lovely to use. Do you like the MDF base? No, I didn’t either. I’ve now made an oak base for the key which looks much better, see photo on the right. 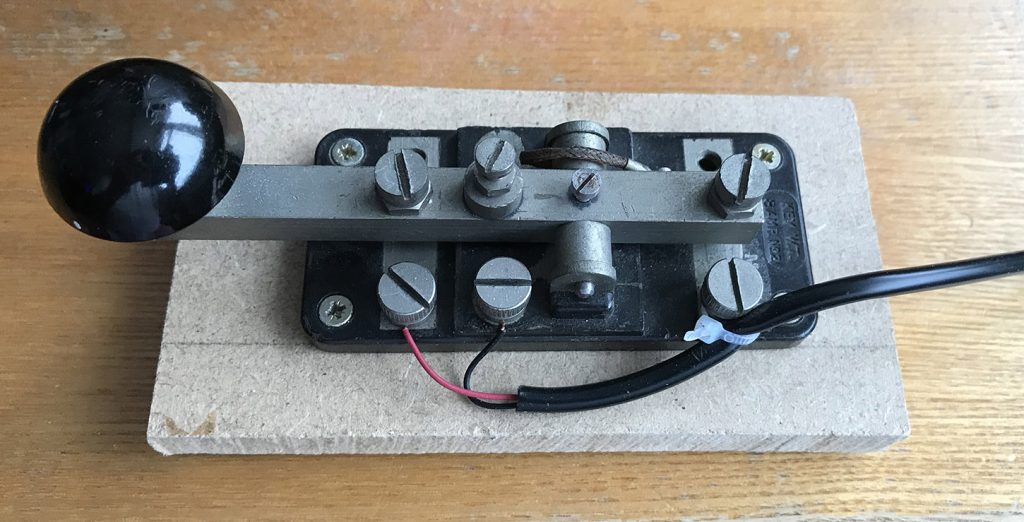 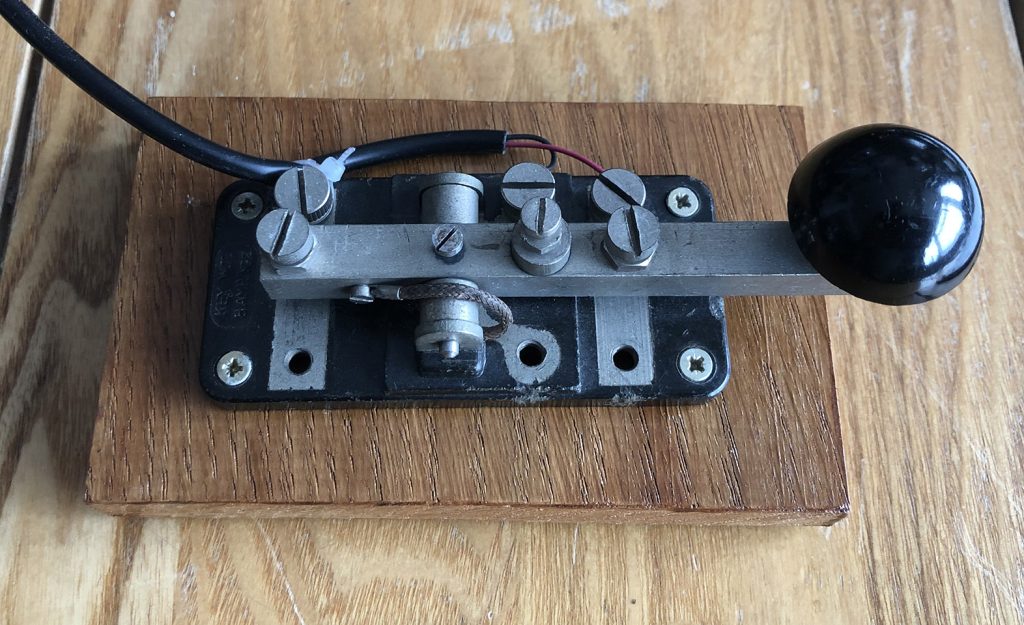 I’ve now added a WT 8amp No2 key to my collection. This differs slightly from the one above. Apart from the three bridges, the main difference is the key down contacts are located at the back of the key, not at the front as with most keys. This key was in a terrible state, so I stripped it down completely and cleaned it up.

I’ve been lucky enough to get hold of this Grimmer Watson Canadian military key. I believe they were used in WWI and WWII. Or is it a McElroy Stream Key? I took it apart to restore it, left photo. The cast iron base was pretty rusty but the dishwasher and a wire brush have cleaned it up pretty well. The next job was to paint it. I used black Hammerite as it’s the closest to the original paint job. Finally, I mounted it on a varnished oak base. 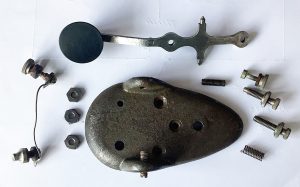 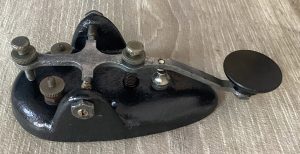 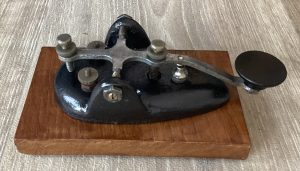 I’ve just purchased a Morse sounder relayer. See photo below. You can learn more about the sounder here. 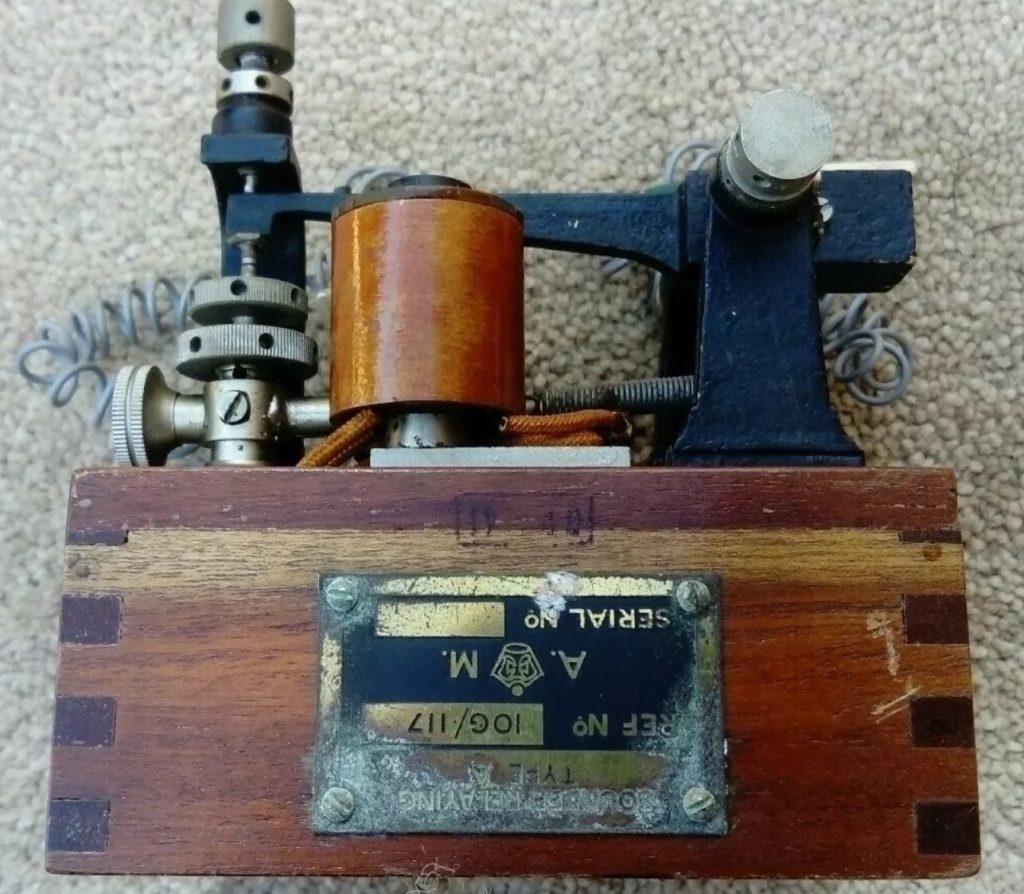 Morse is not scary!

Don’t be frightened of Morse code and don’t believe that it’s an outdated mode which is no longer used. Morse isn’t difficult to learn and it’s very much alive and kicking! It’s a great mode of communication which can often get through during noisy or difficult HF band conditions which can render SSB unusable.

I’ve just taken delivery of a Datong D70 Morse Tutor, pictured below. I had one of these decades ago, and it was an invaluable aid to learning the code. Now that I’m trying to get my speed up, the D70 is again invaluable. 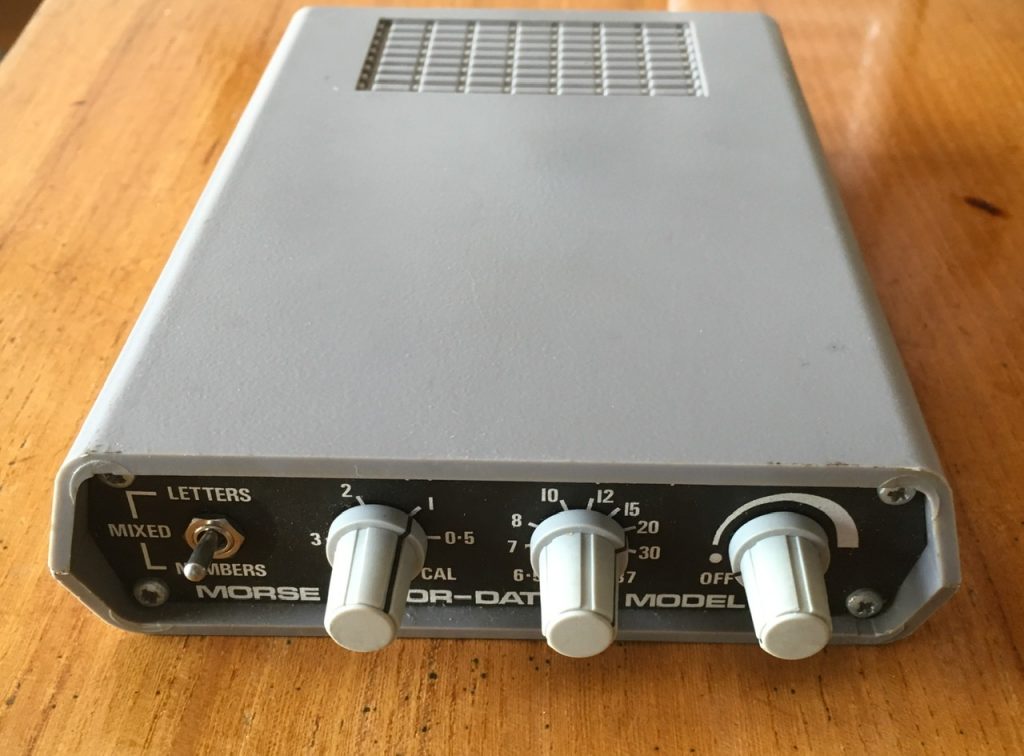 Take a listen on 3881kHz. FAV22 Is believed to be a French Military station. M51 transmits on 6825kHz. They are both good for CW practice. The Slow CW UK group use 3555kHz for around 10 WPM contacts.