BE WARNED! OVER VOLTAGE!

Not all 13.8 Volt power supplies incorporate an over-voltage protection circuit. I have a Watson W-30AM. This is a lovely supply, but there’s no crowbar protection. Imagine your £2000 radio suddenly having 25 Volts shoved up it… BANG! End of radio! I also have a couple of Palstar PS-30M 30 Amp PSUs. Again, no over-voltage protection. I lost a nice Yaesu 1500M 2 metre radio earlier this year… it didn’t like 25 Volts!

Pictured below is a protection circuit I’ve knocked up. It blows the fuse if the voltage from the power supply rises above 15 Volts. It uses a 40 Amp thyristor so it’s more than capable of blowing a 25 Amp fuse. I’m using a 6.3 Amp fuse because that’s all I had. Also, the small radios running from this power supply aren’t current hungry. By the way, I wouldn’t rely on the power supply’s short circuit protection to cut the power. Use a fuse!

I’m not sure about adding a TVS diode (transient voltage suppression diode) as used in the original design, as this would appear to make the thyristor redundant. If the TVS diode conducts at 15 Volts then, why use a thyristor? I suppose the TVS diode is fast when dealing with transient voltages. It also acts as an idiot diode… Sorry, I mean an accidental reverse voltage protection diode. 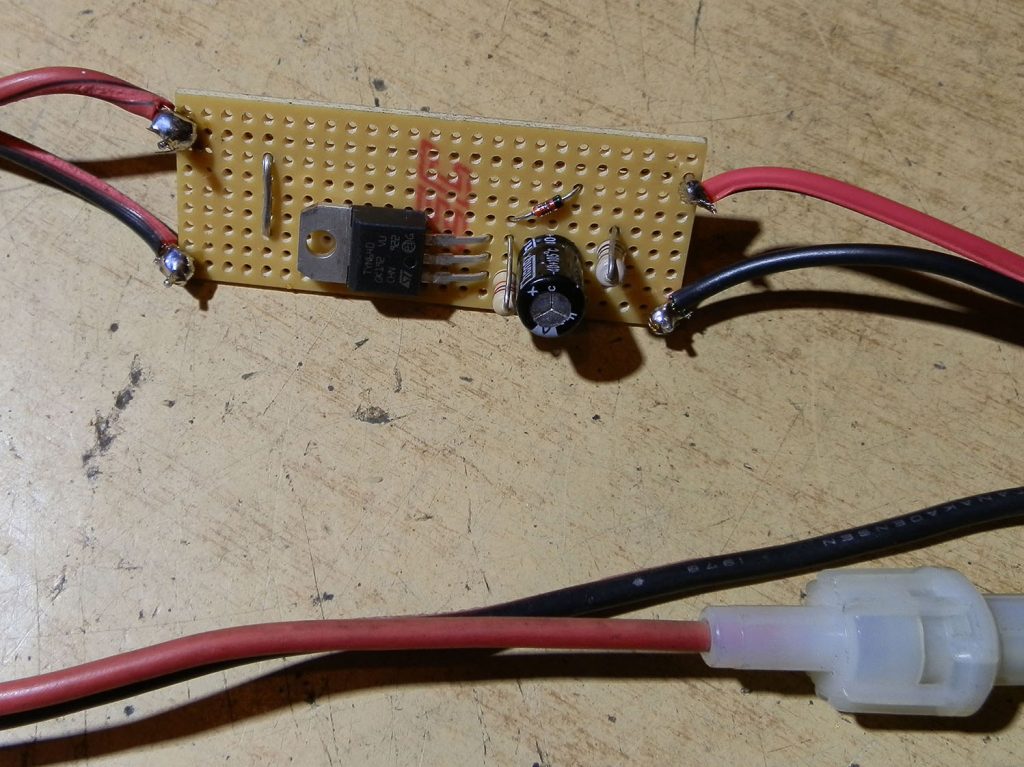 Using Vero Board is fine, but do bear in mind that the thin copper strips are not designed to carry 20 or 30 Amps! To solve this problem, I ran copper wire alongside the heavy current-carrying strips. Thinking about it, it might be an idea to have the 12 Volt in/out wires joined at one end. (Which I’ve now done). There’s no need for the board to carry the current drawn by the radios.

Thanks to Tom from the US for the diagram below. 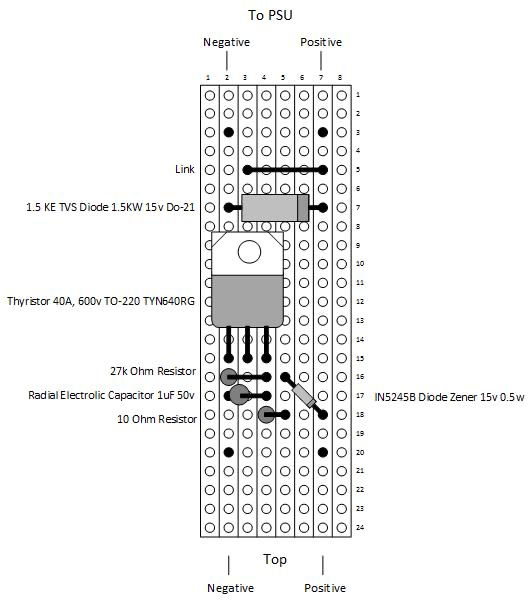 Pictured below is the finished unit. It’s not pretty, I know, but it does the job. The choc block acts as a sort of distribution board for the various radio leads. I know I’m stating the obvious here but, the output terminals on the power supply, including the cigarette lighter socket, are not protected by the over voltage unit. 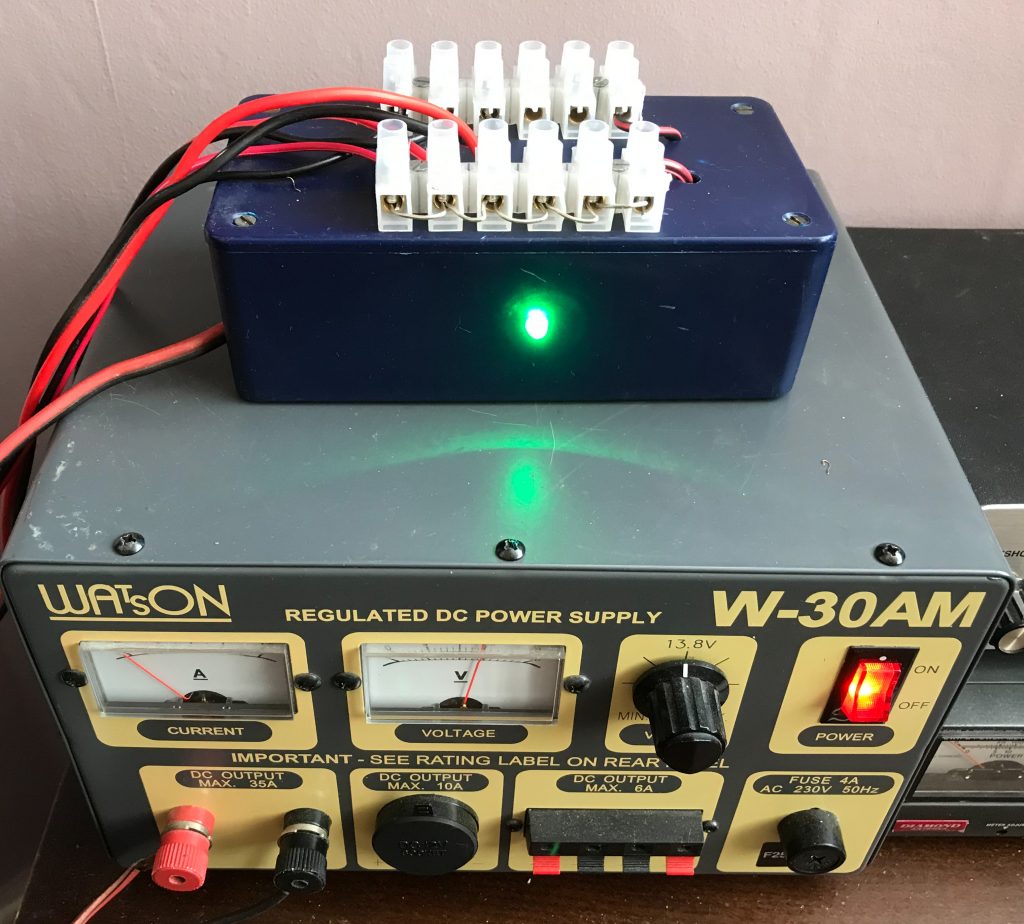 I use a separate power supply for my HF transceiver as it draws 20 amps on transmit and I like to keep it separate from the other radios. The Watson PSU supplies my 2 metre, 70cms, 4 metre, and 10 metre radios and my Alinco transceiver which I use as a comms receiver only.

I’ve never owned one of these as I’ve always preferred linear power supplies, until today. It’s a 23 Amp switching mode supply by Nevada…. no doubt manufactured in China. So far, it’s working well and I’ve not heard any birdies on the Hf bands.

I like to use separate power supplies for my HF radios. As you can see, one for the Icom IC-7300 and one for the Kenwood TS-570D. The LEDs are to show that the supplies are switched on because, many times, I’ve left the shack and not noticed that they are on. The LEDs are a clear indication. The Watson supplies several vhf and uhf radios. 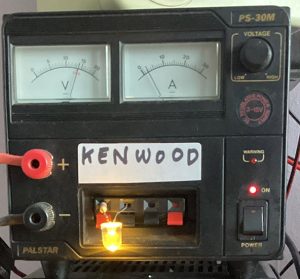 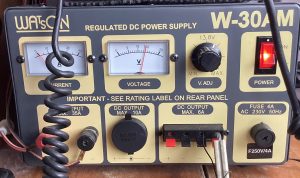 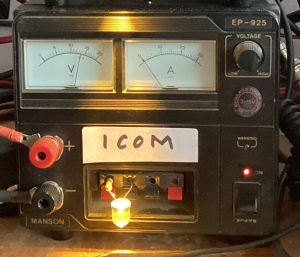