Ten and twelve metres are great bands. When conditions are favourable, they are bands you can work the world on with relatively simple aerials. I use a CB aerial, see photo below. It’s a Sigma Venom 5/8 Wave. I’ve adjusted it’s length for the 10 metre amateur band but it can be adjusted to work on the 12 metre band. Notice the nylon string half way up the aerial on the right? That’s the west side of the aerial, where the wind comes from. The string stops the whole thing from bending over in high winds, simple but very effective 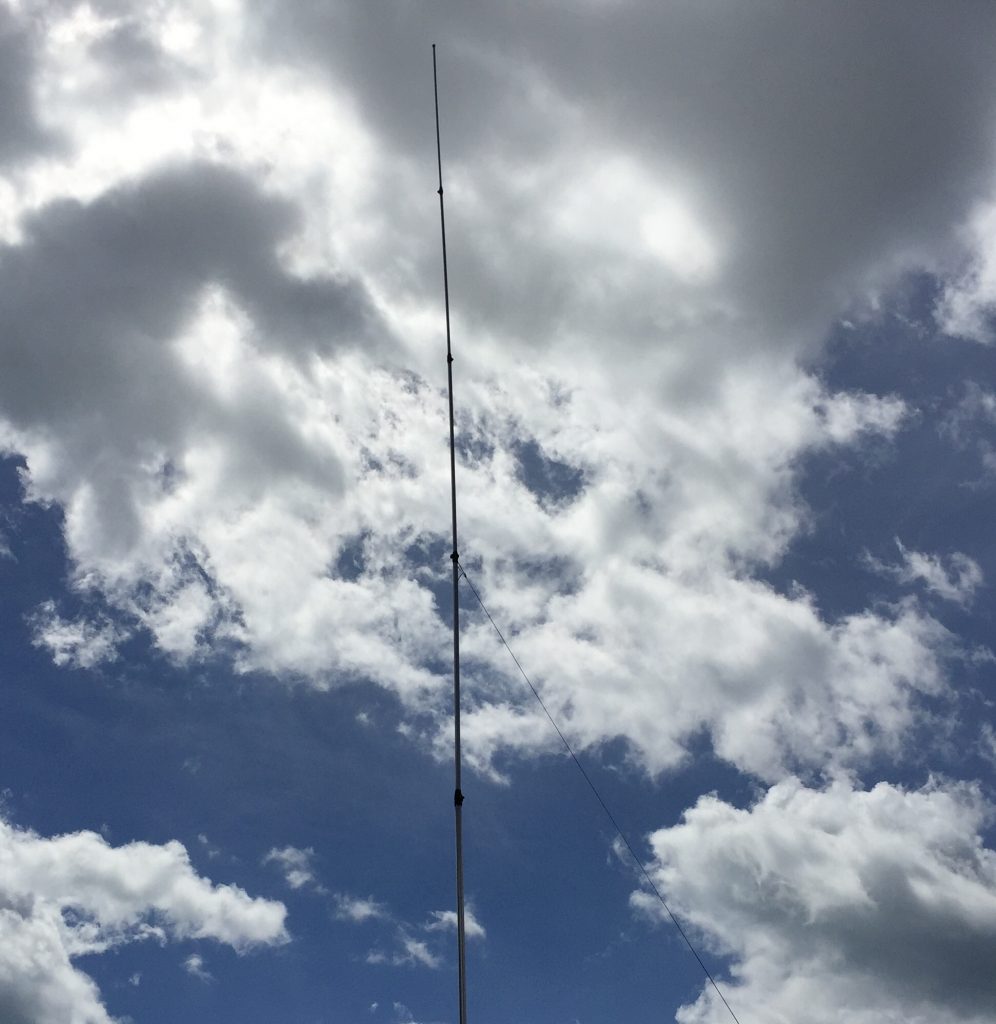 The base of aerial shown here is only six feet above the ground. It’s mounted on a fence post and yet, with only 100 Watts, I’ve worked Australia and Indonesia. I’ve also worked through many repeaters in Europe and the US.