RF plugs sockets, connectors, couplers, T-pieces, PL259, BNC, N-type, TNC, RCA phono, coax… There are so many types of RF connectors that I thought I’d list a few here. I’m starting with the lesser known types, some of which are rather peculiar! I have shed loads more but it will take me some time to list them all. I’ve included RCA phono plugs and sockets because, apparently, they were introduced in the 1930s by the Radio Corporation of America and used for RF connectors by Collins. Although normally associated with audio gear, they are very good low loss 50 Ohm RF connectors… Don’t shoot the messenger, this is what I’ve read!

Below, you can see the Collins and Heathkit RCA phono antenna sockets on the rear panels of their radios. Using phonos to connect the rig to an ATU is fine. You could even use RG316 coax, bottom right photo. RCA connectors are still used for ALC and RF between transceiver and linear amplifier. RG316 coaxial cable will cope with power up to 400 Watts. It’s mainly used for baluns and hook-up cables rather than long runs.  The PTFE insulation doesn’t melt when soldered. The coax is 3mm diameter, the same size as RG174. 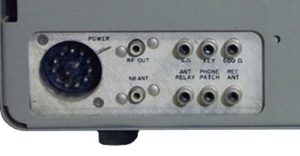 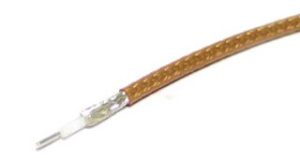 The first connector, below left, is a two pin PL259 plug. Is this for Twinax or Twinaxial cable? The centre pic shows a 3.5mm mono jack plug to an SO239 socket. Rather odd? On the right is an SO239 to an internally threaded sleeve. 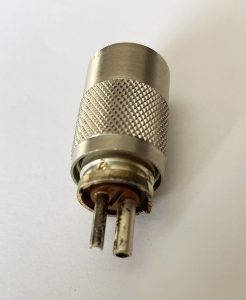 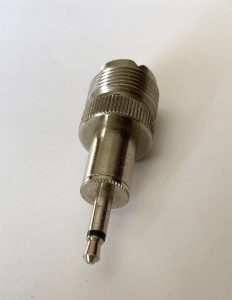 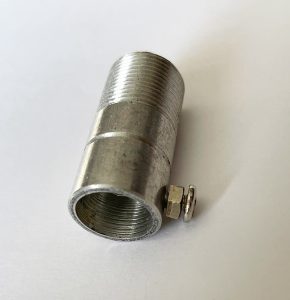 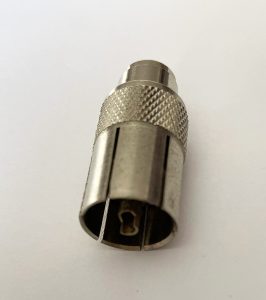 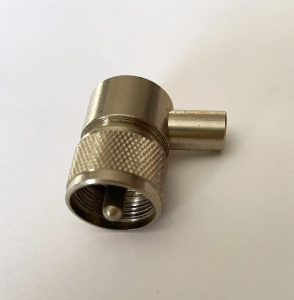 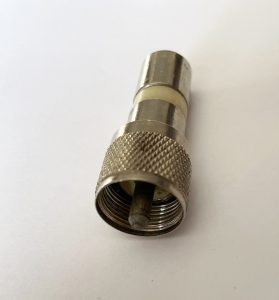 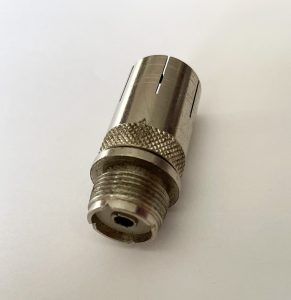 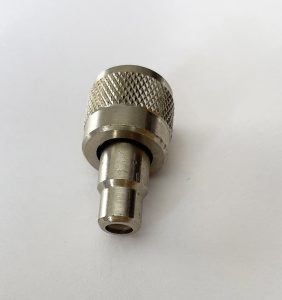 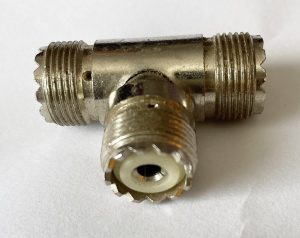 Out of interest, and not yet pictured, a TNC connector is a screw on version of a BNC plug.