This is my recently acquired Yaesu FRG-7 communications receiver. It’s working well. The calibration is very good, the sensitivity is excellent… but it’s in dire need of cleaning! The tuning takes a little getting used to. I haven’t checked out the circuit yet but the front end appears to be different, unique even. Ah ha! I’ve just discovered that it uses a Wadley-drift-canceling-loop. More commonly known as a Wadley loop.

The radio has cleaned up fairly well. As you can see from the photo below, the radio came with the external digital display unit. At the moment, I’m listening to Radio Caroline on 648kHz. Great stuff! 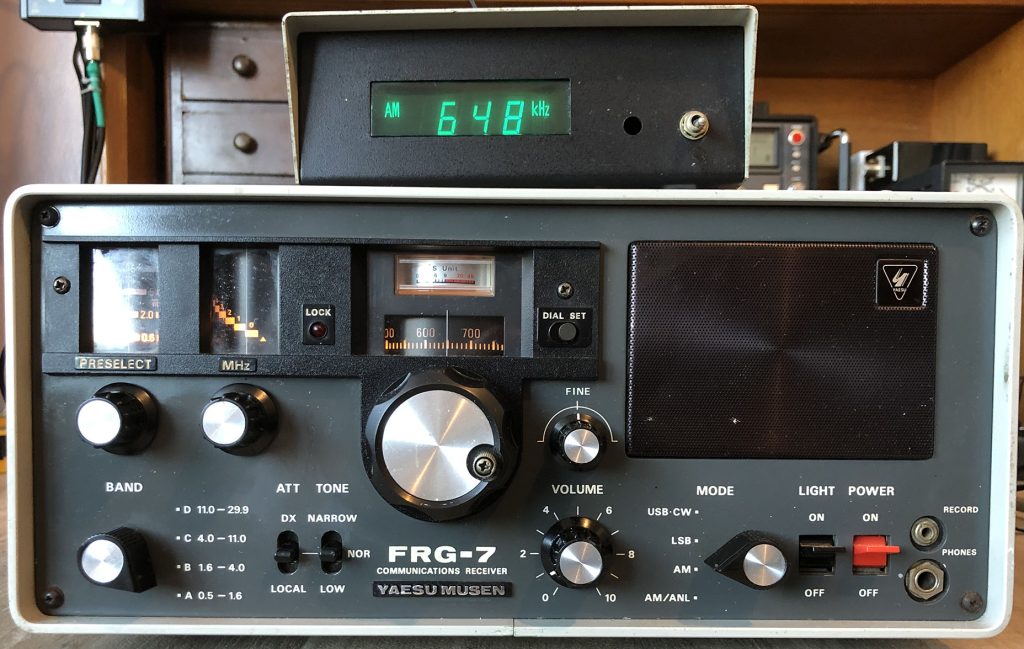 The more time I spend tuning around the broadcast and amateur bands, the more impressed I am with this radio.

Take a look at a video of the receiver in operation.

Linking the two red aerial terminals (SW and BC) on the rear of the receiver greatly improves medium wave reception. This mod has been talked about a great deal on the internet and it’s a good idea. However, I have noticed that, on strong medium wave stations, there is considerable overload with this mod. Another idea, which I’ve not yet tried, is to take a 10K pot from the mute terminal to chassis. This will act as an RF gain control. I’ll give that a go at some stage.

I’ve bought an FRT-7700 ATU to go with the radio, see photo below. I must stop spending money! It’s made for the Yaesu FRG-7700 but, obviously, it will work with any receiver.

Having installed the ATU, below, it’s not necessary to link the two red aerial terminals as described above. I use an active antenna, the Mini Whip, which doesn’t really need matching to the receiver.

The reason I bought the ATU was to improve selectivity where there may be a strong station close to the weaker station I’m listening to. I’ve checked this out and, when the ATU is adjusted correctly, splatter from nearby strong stations on medium wave is greatly reduced. I know that people recommend fitting a decent crystal filter but I don’t want to modify the radio.

Also, the attenuator comes in handy when I’m tuned into a strong station. Another feature is the ability to switch between two antennas. 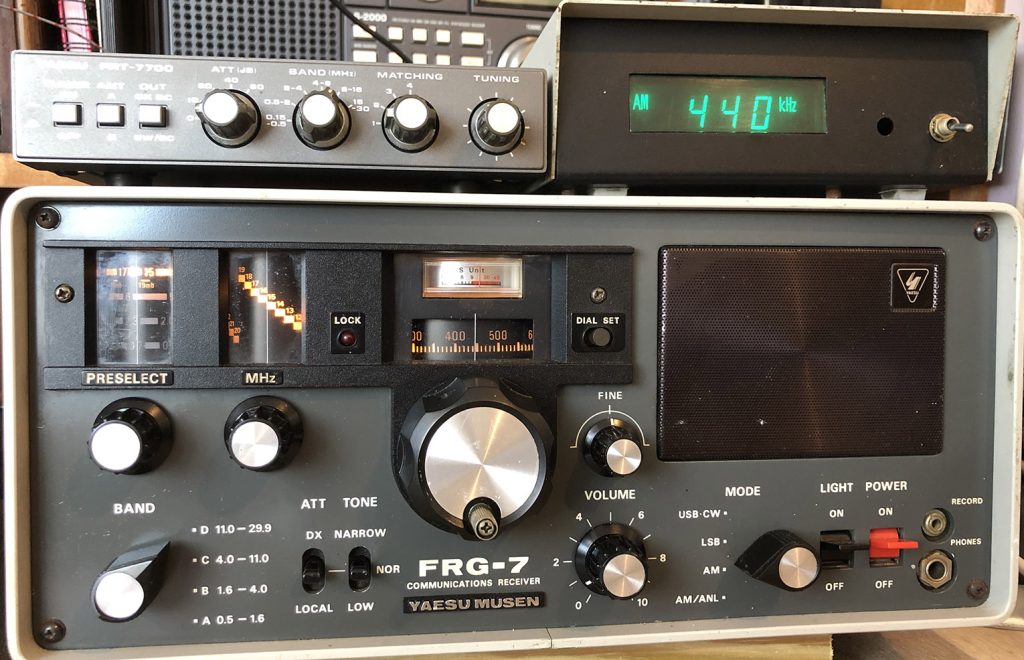 By the way, don’t use this unit with a transmitter. It’s designed for receive only! There’s not much to see here but it seems to be well built, as most Japanese gear was back in those days. There’s a two-section low pass filter which helps reject interference from strong signals above 2MHz when you are listening between 150kHz and 500kHz. That’s what the book says, anyway. 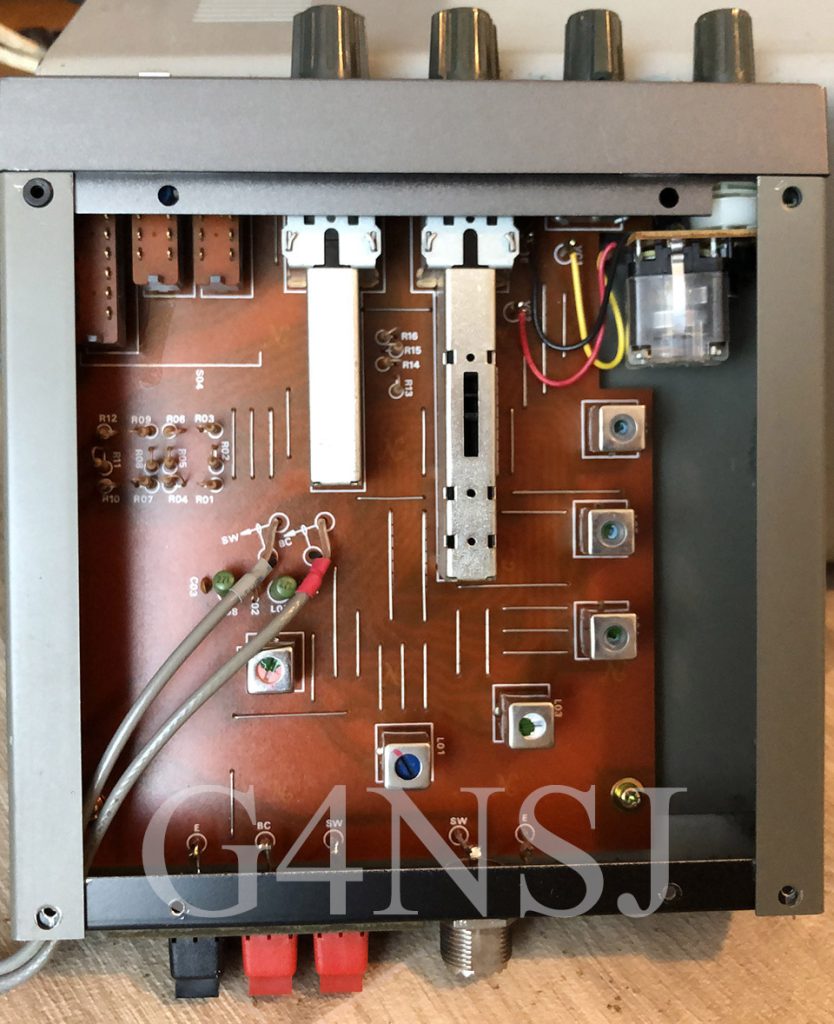 Thanks to Clive from Australia for sending me the instruction leaflet for the FRT-7700 here.