Thanks to Roy and Andy.

Many thanks to Roy G4WTV and Andy G3UEQ for all their hard work, time, expertise and financial input to get GB3RW up and running.

GB3RW is housed in a 19 inch rack. The photos below show the Tait T300 series VHF base station, front and rear views, and the new cavities. 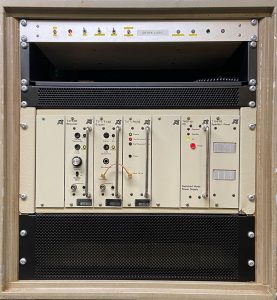 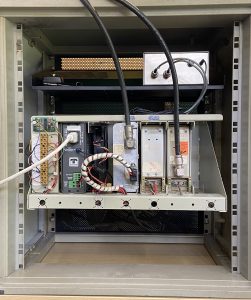 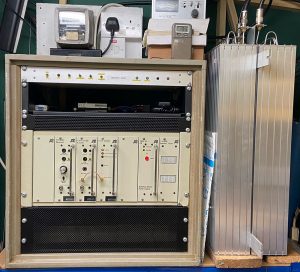 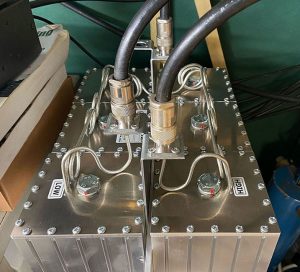 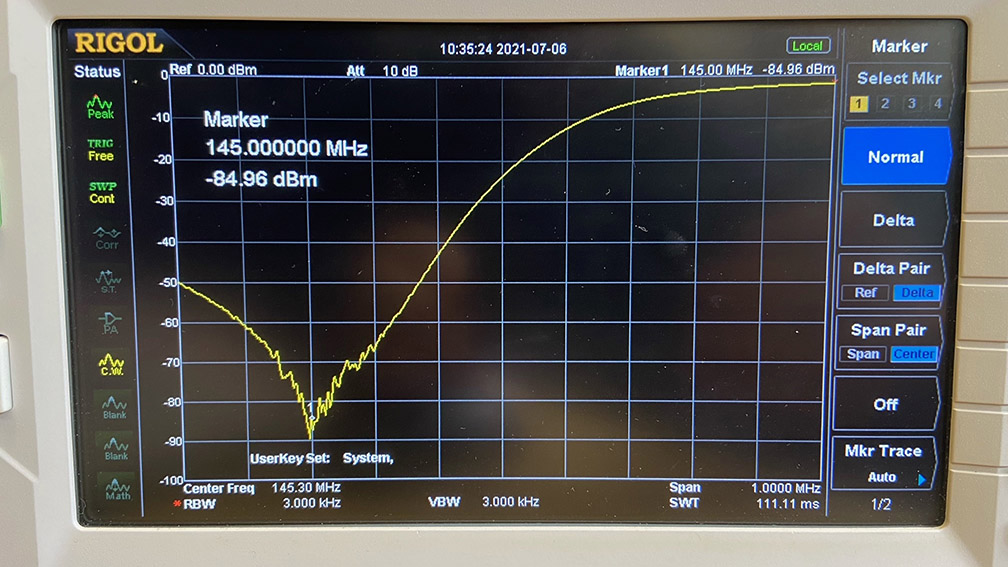 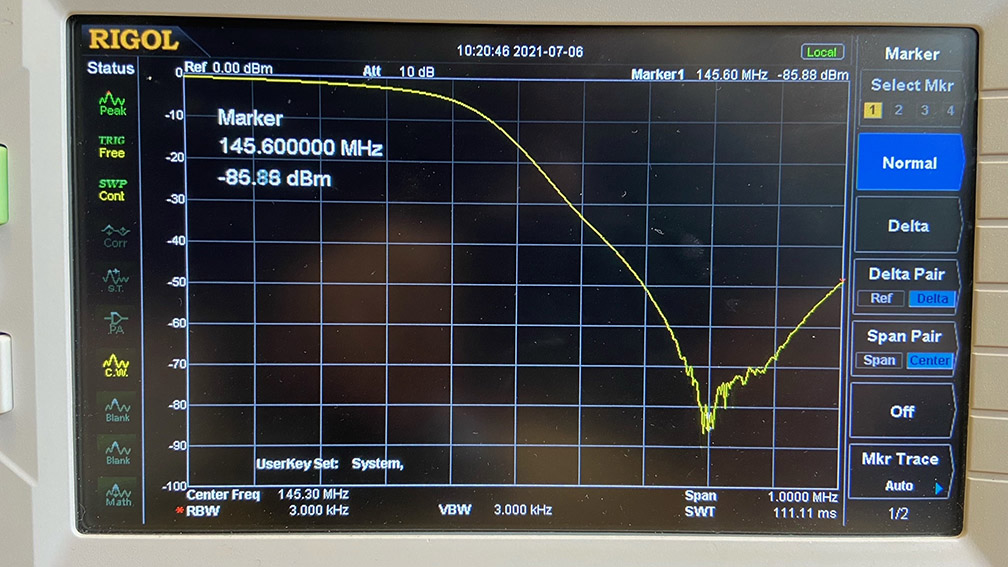 Above is the spectrum analyser which was used to set it all up.

Below is the G8CUL logic in use on GB3RW. A tried and trusted logic in use by many repeater groups. This particular logic was in use on the now defunct 70cm repeater GB3BR. It’s had a complete overhaul with many of the components replaced by Andy G3UEQ. 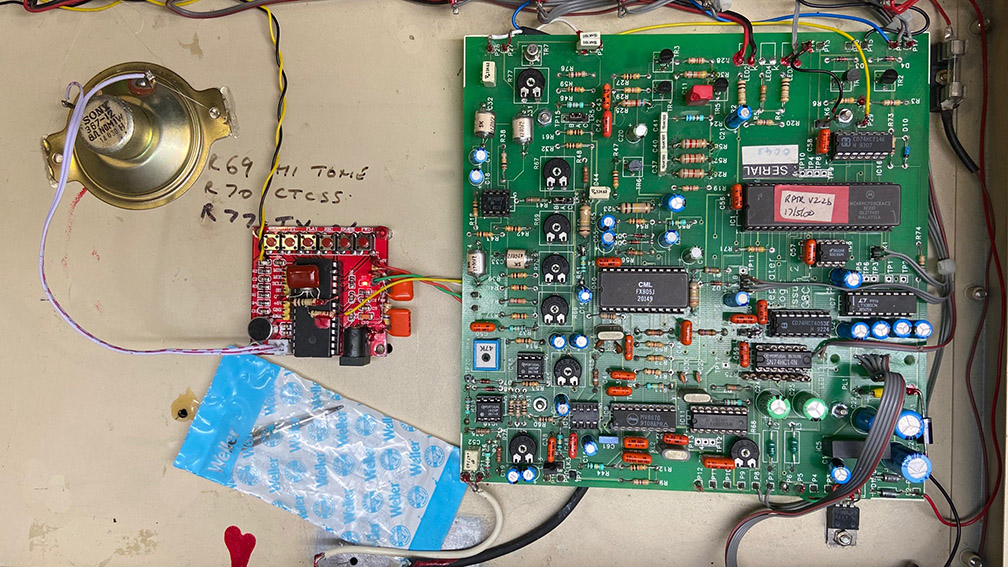 Operation of the duplexer on 2 metres is enabled by quarter-wavelength (λ/4) square-shaped coaxial resonators. There are 6 such filters, three on the receive side and three on the transmit, each set of three cavities give the required -90dB of isolation. The case of the resonator is made of aluminum by extrusion molding and frequency adjustment is enabled with a specifically designed capacitor. This particular duplexer is known as Amateur grade and has no thermal compensating screw made of Invar®, as distinguished from professional duplexers to keep costs to a minimum. However, a thermal drift of +/-15 degrees does not affect the operation of the duplexer.

The repeater is working on a singe aerial for transmit and receive. GB3RW new antenna. A Diamond X50 at 12 metres above ground. See photo below. 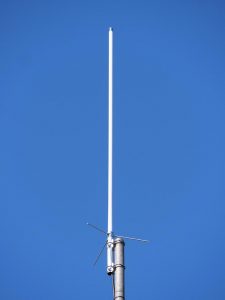 How the repeater works.

The repeater consists of a receiver which operates on one frequency and a transmitter which operates on another frequency. The receiver picks up the signal from the first mobile station and transfers the audio to the transmitter. The transmitter sends the signal to the second mobile station. This happens simultaneously, there’s no delay, and it’s known as talk-through. Only one station at a time can speak through the repeater. One speaks, the other listens. This is not full duplex.

Repeaters use transmitters and receivers which operate on different frequencies. Obviously, you can’t transmit and receive on the same frequency at the same time. GB3RW transmits on 145.600MHz and receives on 145.00MHz. When programming a dual band radio, you may need to change the shift. This must be set to minus 600kH. Unlike 70cms repeaters, the shift on two metre repeaters is minus as the repeater receive frequency is always lower than the transmit frequency. In this case, 145.600 minus 600. Which is 145.00. To work through GB3RW, your radio must transmit on 145.000 and receive on 145.600.

The repeater also uses CTCSS. This stands for – continuous tone controlled squelch system. The repeater’s receiver won’t transfer your audio to the transmitter unless it hears a tone. This is a continuous tone transmitted by your radio. The tone frequency is important. Different repeaters use different tones. GB3RW uses a tone of 88.5Hz. You must set you radio’s transmit CTCSS to this frequency. If you don’t, you won’t be able to access the repeater. CTCSS tones are important because, under lift conditions, you might open two repeaters which, although miles apart, are on the same frequency. Each repeater will only respond to its unique CTCSS tone, which is transmitted continuously by your radio when you are talking.

When programming your radio for the repeater, set the bandwidth to narrow.

Most repeaters have a time-out. This is a setting where the repeater will cut you off after a predetermined time, usually three minutes. The idea is to stop people hogging the repeater. It also prevents accidental opening of the repeater, for example, by sitting on the PTT button on your microphone.

Between overs, the repeater will transmit the letter K in Morse code. This is an invitation for a station to transmit. Wait for the K before transmitting. This will reset the repeater’s timeout.

Be polite and considerate when using a repeater. Those situated close to a repeater, or running high power, might be able to access the repeater and block out weaker stations. Bear this in mind and leave a pause now and then for other stations who might wish to access the repeater. Priority should always be given to mobile stations. Always wait for the K before transmitting.

If you encounter an idiot on the repeater, ignore him. Idiots thrive on response to their idiocy. Don’t respond. If you have uncontrollable idiotic tendencies, don’t use the repeater.

A spin in Roy’s jeep.

Great stuff! Roy, the repeater keeper, took me for a spin in his jeep!