I’ve just taken delivery of a Mini-Whip Active Antenna which covers VLF to 30mHz. I know nothing about these antennae, but they are used by WebSDR stations and are reported to be excellent. Once I get mine up and running, I’ll make a video and tell you of my experience with this ‘magical’ aerial. I’m hoping that I’ll be able to hear stations on 80 metres without the horrendous noise my wire aerial picks up. 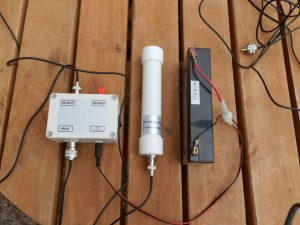 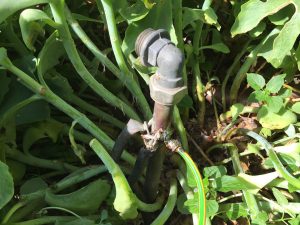 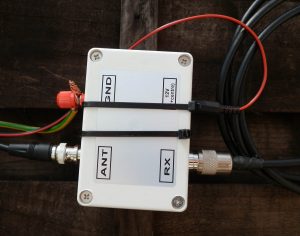 What I’ve discovered so far is that the aerial needs a good ground. This is primarily to prevent noise from the house or shack travelling along the outer of the coax to the Mini-Whip. I have an extensive radial system beneath the lawn which I use on the 160 metre amateur band. In the photo, you can see the copper pipe emerging from the ground. This is where the radials terminate. It makes an excellent earth. Also, a completely noise-free power supply is imperative. I use a sealed 12 Volt lead-acid battery which supplies the unit with pure DC. 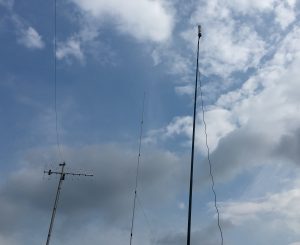 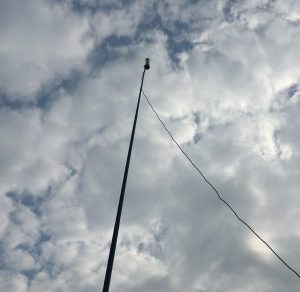 Mini-Whip atop the 16 foot fibreglass pole 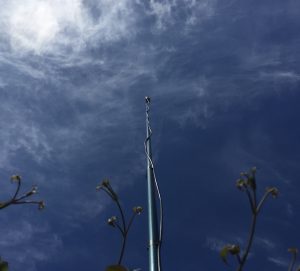 RG58 coax from the Mini-Whip

Update:
The antenna is atop a 16 foot fibre glass fishing pole. It’s working but I’m still getting a lot of noise on the lower HF bands, especially 80 metres. However, long wave is amazing down to 30kHz. I’m hearing RTE on 252kHz at S9+15dB. I’m also receiving the Shoreham airport non-directional beacon on 332kHz at a very good signal strength. I’ve not been able to hear this beacon on a wire aerial for many years due to local noise.

Medium wave has also been given a new lease of life with this aerial. BBC Radio Jersey is strong on 1026kHz with little or no noise. I’m hearing many distant stations and I hope to be logging some here soon. I used to enjoy medium wave DXing, particularly when American stations emanated from my loud speaker, but I finally gave up because of the horrendous noise level. Maybe I can now get back into it.

Update: Saturday 29 June 2019.
I’ve now replaced the very thin coax, supplied with the unit, with RG58 and re-routed the heavy earth lead. The Mini-Whip is still only 16 feet high but I will try to increase the height soon.

Update: 22nd September 2019.
The aerial is now 20 feet high and working much better. Height is the secret of the Mini Whip for excellent reception.  I’m now using a 12 Volt 2 Watt solar panel to trickle charge the battery. Measurements show that the unit draws 55mA when in use so the small panel should be enough to keep the battery topped up. The solar panel, temporarily hanging by its wire, is shown below. Also, the AVO shows just over 70mA charge current in a rather overcast sky. Once the panel is installed properly, the max current should be around 160mA. 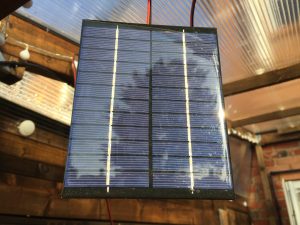 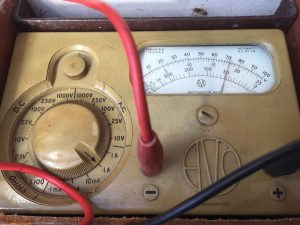 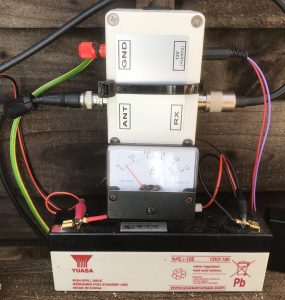 The photo on the right, above, shows the battery, ammeter and control box. Everything is connected and running well. Job done!

Update: January 2020.
The power supply and battery are now in a waterproof box, see below. The white bag is silica gel. 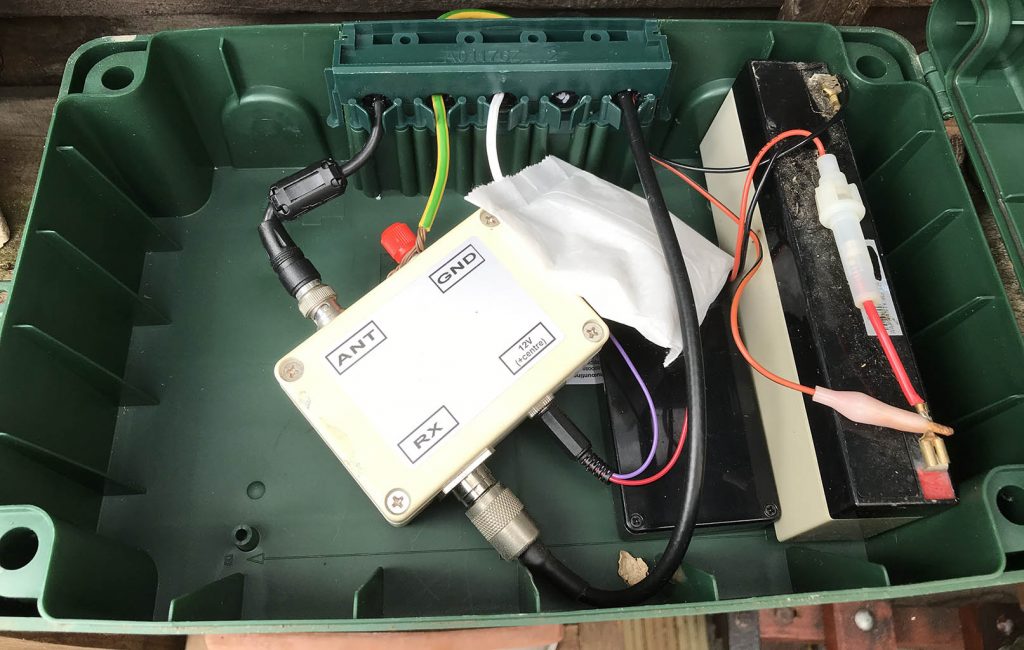 Video showing the aerial in use with my Kenwood TS570D…

Update: 6th November 2021
I’ve been using this antenna on a variety of receivers for over two years. I can honestly say that it’s the best aerial I’ve ever used for long, medium and short wave receiving. The signal to noise ratio is excellent, which is a real bonus at my noises QTH. I’ve compared the aerial with long wires, dipoles, a frame aerial and others… and the MiniWhip beats them all.