VINTAGE RADIO INFORMATION SITE.
I DO NOT REPAIR RADIOS. 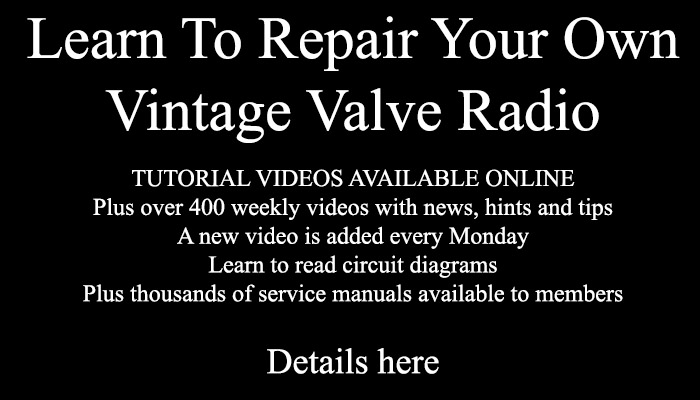 The Bush DAC90a radio was introduced in 1950. This model superseded the DAC90 and uses smaller valves and a completely redesigned chassis. I specialise in repairs, servicing and restoration of Bush DAC90a valve radios so, if you own one of these lovely radios or you’re thinking of getting one, don’t hesitate to contact me.

The Bush DAC90A is probably the most sought after and collected vintage valve radio of our time. This is because it’s easy to use, it’s compact, it doesn’t need an external aerial, and it looks good and works well. Once restored, these radios are also extremely reliable and can be used every day without problems. It’s a four valve plus rectifier superhet with a well laid out chassis housed in a beautiful Bakelite cabinet. Unlike some radios, there’s nothing complex about the design. This is a well designed and well built radio, two attributes which result in reliability.

There were several versions of the famous Bush DAC90A radio. The radios were basically the same but the dial glasses and knobs differed. The cabinets also varied from ivory to brown or black Bakelite. Pictured below are five variants. I will be adding more as and when I obtain photos. 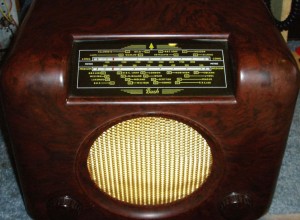 On the above version, the dial print is yellow and there are large holes stamped in the speaker grille. 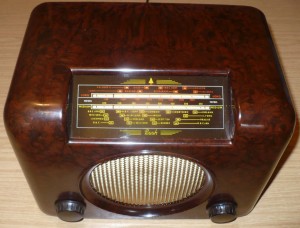 On this version, the dial print is yellow and red and the holes stamped in the speaker grille are large. 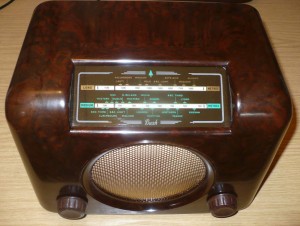 On this version, the dial print is green and gold and there are small holes stamped in the speaker grille. Also, notice the different knobs. 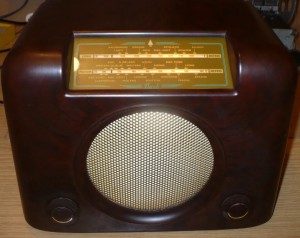 On this version, the dial background is gold with gold lettering and there are small holes stamped in the speaker grille. Again, notice the different knobs. 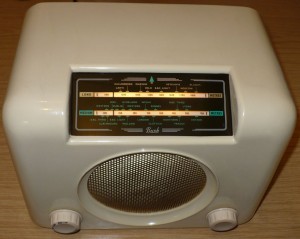 This is the famous ivory version. The dial print is green and gold and there are small holes stamped in the speaker grille.

Bear in mind that, over the years, your radio might have had its knobs replaced with different ones. The dial glass may have been broken and replaced with another type. Having said that, most of the radios I’ve seen have original parts.

A WORD OF WARNING

Over the decades, I’ve had hundreds of Bush DAC90A radios brought to me for repair. Most have been untouched since the day they were manufactured. However, some were purchased from auction web sites as “fully restored”. Unfortunately, some people manage to get vintage radios working – and then sell them as fully restored. If some of the radios I’ve seen are anything to go by… Let’s just say that the sellers should take up fishing instead of playing with radios. The best thing to do is buy a non-working Bush DAC90A radio from an auction site. Obviously, if it doesn’t work, the price should reflect this. Once you’ve bought a radio, send it to me to be restored. As long as the bakelite cabinet and the knobs aren’t chipped or cracked or badly scratched, I can deal with the restoration. Oh, and make sure that the dial glass isn’t broken and the painted letters aren’t flaking off.